“Who doesn't love a pavlova? Even if it fails, you can just smother it in cream and dress it with lots of pretty fruits. It's a favourite all year around, not just in Summer.” 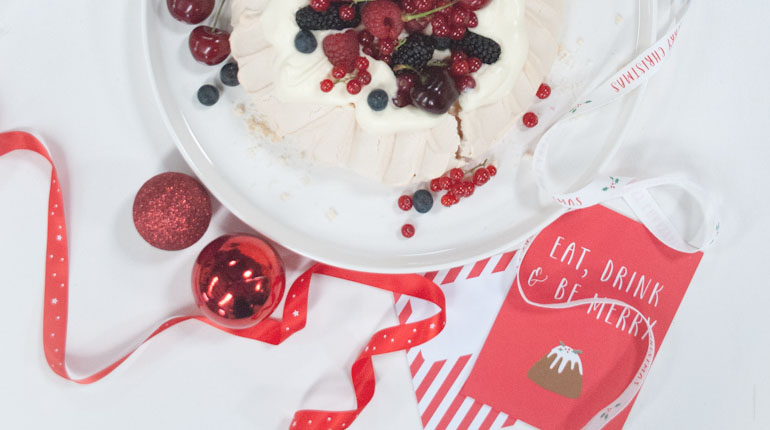 As I mentioned in my previous post, I baked and created a few things for Billy‘s food styling workshop. He requested a pavlova for us to style. I couldn’t let the guy down, but I was freaking out as the only pav I made had a big hole in the middle and I filled it with copious amounts of cream so no one would be any the wiser. This time, I was bringing a naked pavlova, so I couldn’t hide my failures at all. I told my friend Alana my dilemma, and she was very kind enough to share her recipe which she uses. She got it from her Mum, and her Mum got it from a chef “a gazillion years ago” … Or was it a “bazillion” ? I can’t remember 😛 Thanks to Billy for styling this shot for me 😉 I did rearrange baubles though, as I have this bad habit of restyling things people have styled. Toddy always mocks me for it :p

Between my outings on Saturday, I popped it in the oven, and then realised I had to be out the door in an hour. Fail. When I came home after dinner, I could see it was hollow, but the top was still in tact. I felt a bit gutted, so decided I would make another one. Surely Billy wouldn’t mind if I brought along TWO pavlovas!? … Luckily I did, funny story I’ll get to later!

SO, just after MIDNIGHT, the second pavlova went into the oven, and I had to entertain myself whilst it baked. At 2am, I turned off the oven and trotted off to bed, hoping it would be better. It also was a bit hollow but the top was okay. I think I need to play with my oven temperatures, or cook it for longer. The recipe below will probably vary for your oven too. If all else fails; crumble it and make an eton mess!

Billy went to take a pav out of the container to style, but it basically crumbled in his hands due to the hollowness. LUCKILY I had made two, so I gently placed the “back up pav” on the plate instead 😛 I used the crumbled one to create this messy eton mess …. delicious!